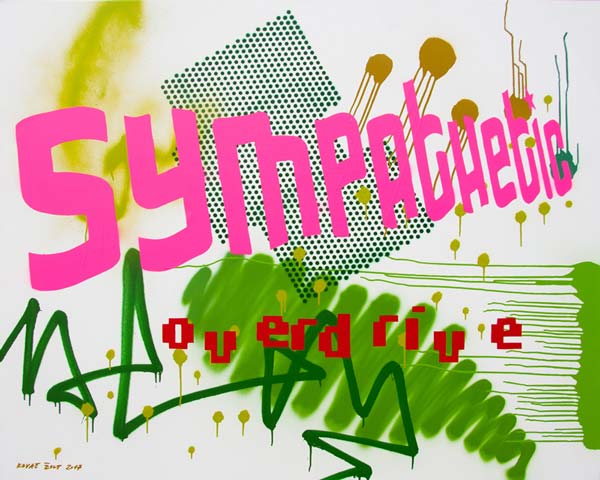 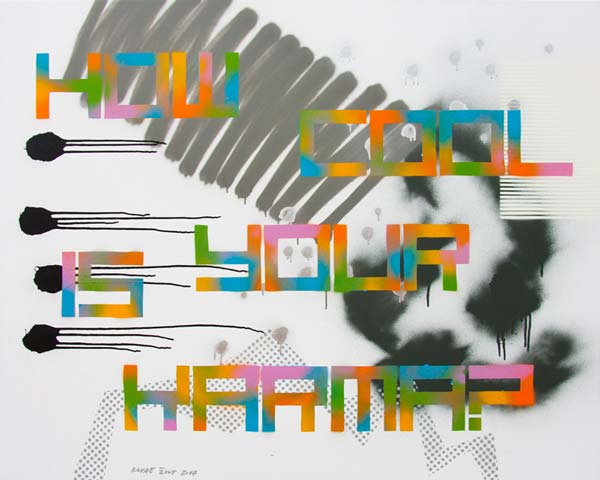 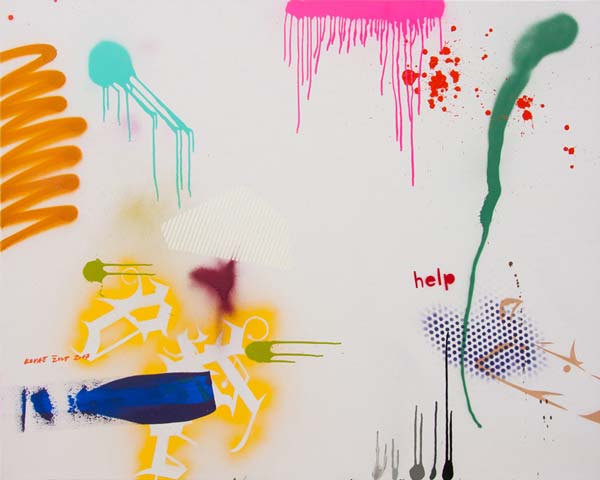 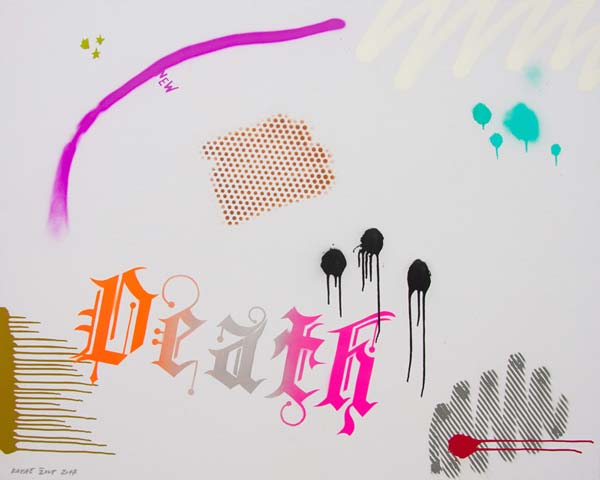 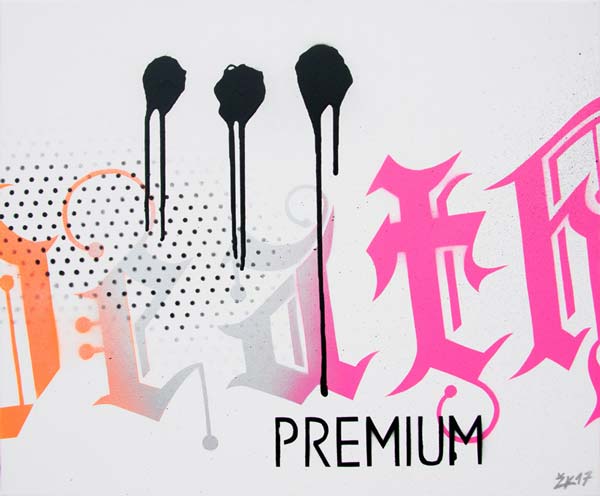 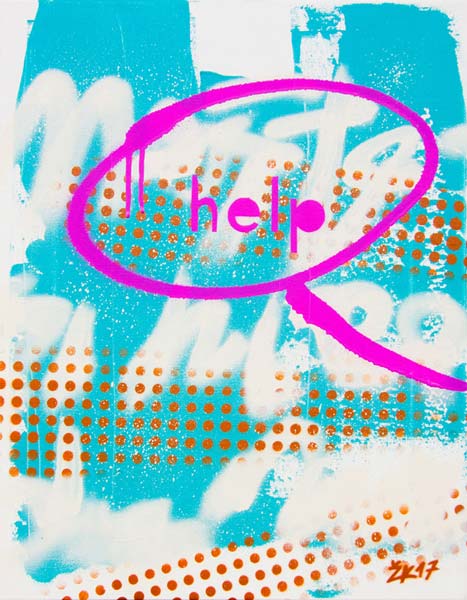 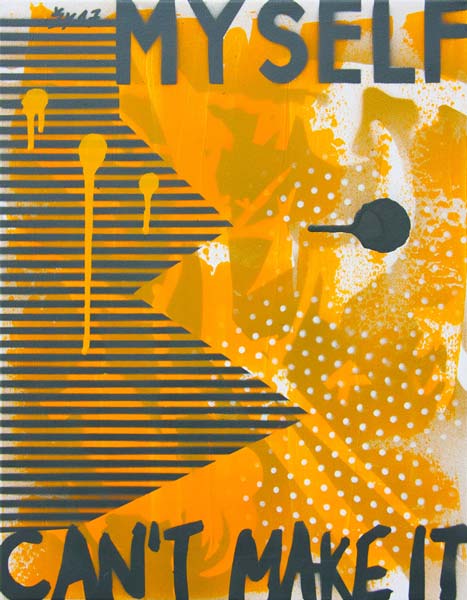 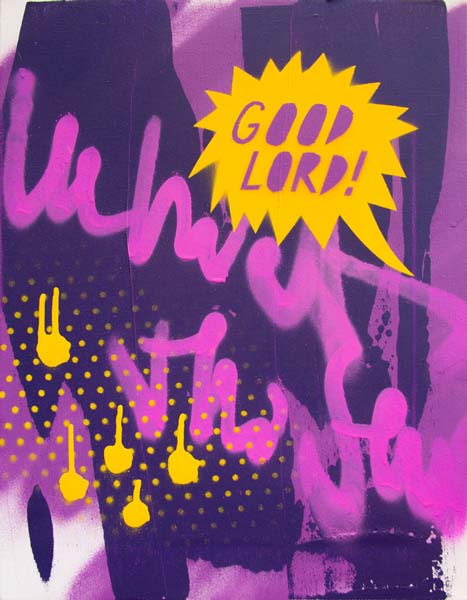 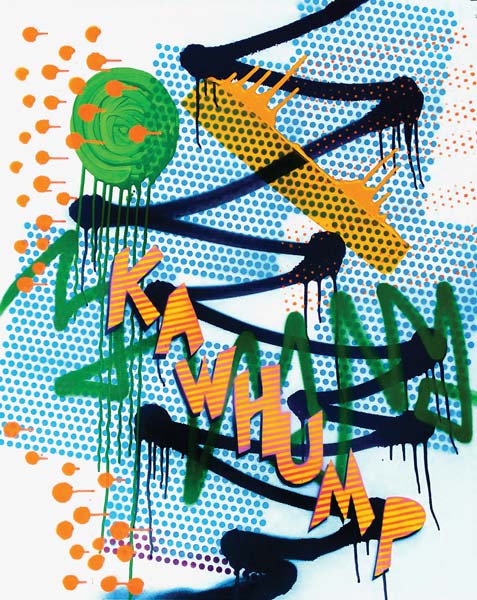 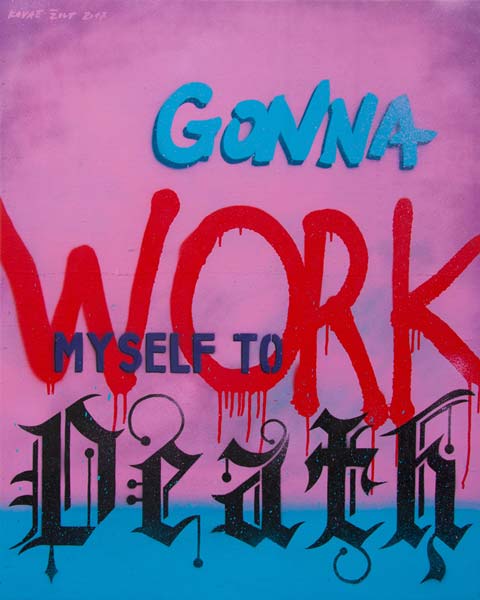 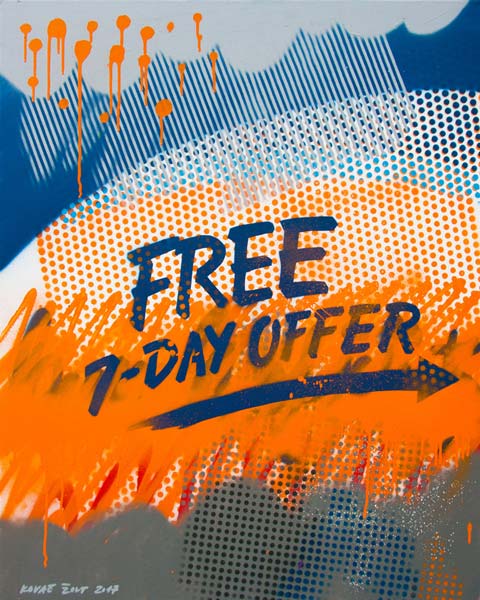 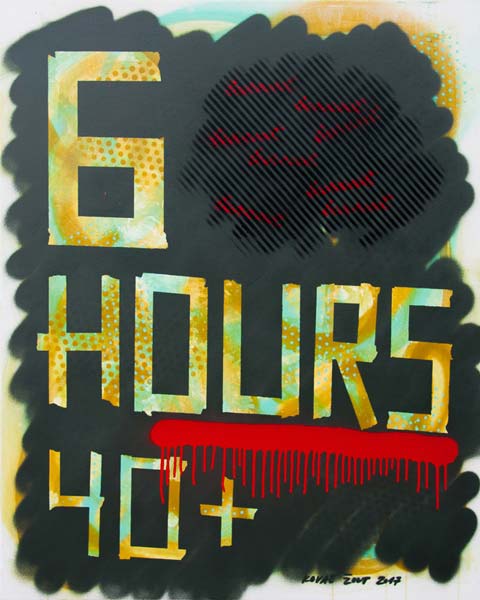 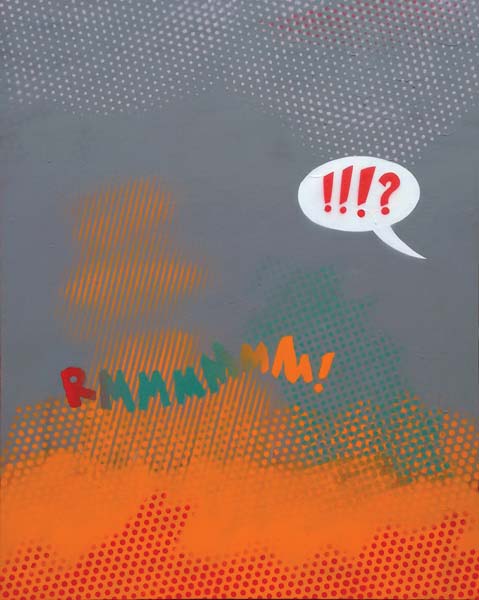 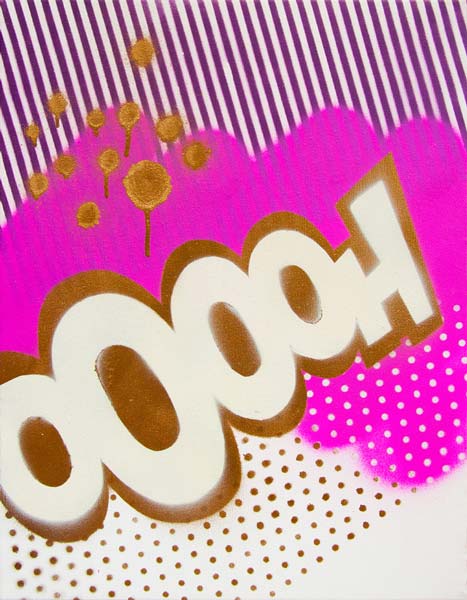 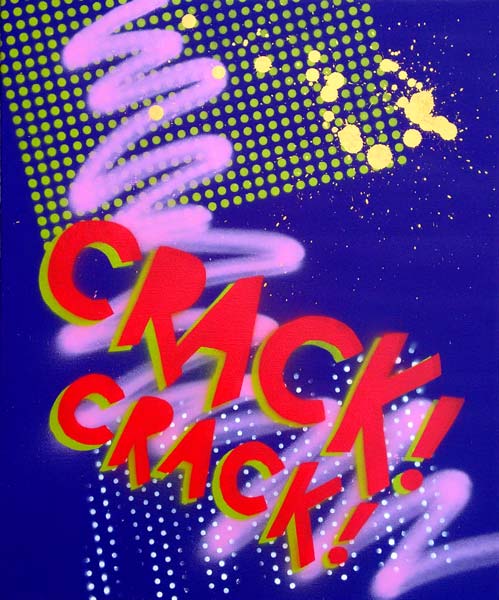 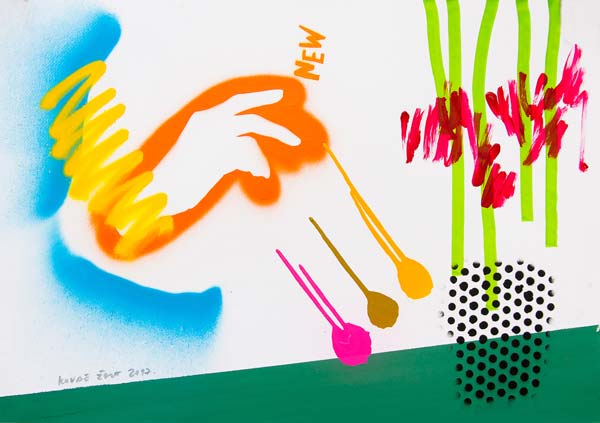 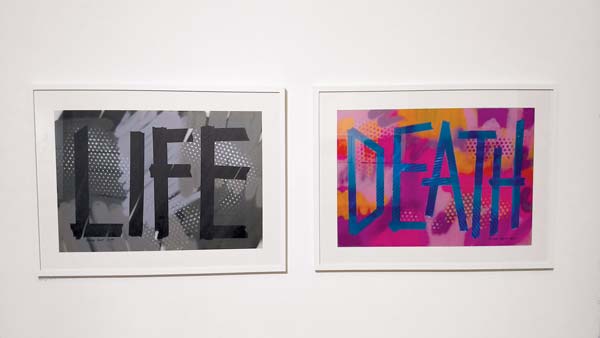 Žolt Kovač’s exhibition in the Art Gallery in Kruševac (Serbia) showcases works that belong to a new entirety in the work of this artist whose exhibitions are usually characterized by completed artistic processes. On one hand, it continues the practice of demonstrating the artistic procedures he uses to reflect on the phenomena of contemporary society while on the other hand, he adopts a somewhat changed attitude towards the medium of painting that is directed towards micro stories while not abandoning the position of an artist who lives in present times.

In a series of exhibitions that have been realized so far: Empty Time, Stupid Paintings, Brilliant Paintings, Use of Paintings, especially in the last ten years, he recorded, noted, asked questions, raised issues, conveyed messages that were a product of the local context all the while exploring, from a pronounced activist position, the place of an artist and fine art in today’s society. Apart from the research he conducted for his PhD studies, he endeavored with great honesty and enthusiasm to bring contemporary art and its practices closer to the public not only by displaying paintings but also by organizing a series of exhibitions in different cities and gallery spaces. Not satisfied with just exhibiting, he conducted various workshops with great energy and open-mindedness talking with the observers and conducting special tours of the exhibitions. That pronounced need for this kind of direct contact, when the artist assumes the position of an intermediator between the paintings and the observers, comes partially from his experience as a musician, as he is a regular member of the rock group Jarboli, and his experience of direct communication achieved at “live” concerts. However, it is also a result of his constant reflection on the position of a fine art artist and fine art as visible phenomena in contemporary media society. Although he carefully perceives and diligently records different issues, he belongs to the group of artist “ who in a sophisticated way integrate the matrix of time into their work, thus making it subversive and current” (Lj. Ćinkul) but still retain the position of open field possibilities that are behind the question posed in the title of his previous exhibition Can Painting Solve All Our Problems (Ana Bogdanović).

Thus, in this new cycle of paintings we see a return to painting as a traditional medium, the one he has actually never abandoned, a return to the canvas as the painting surface where he develops differently colored forms and a communication code using a poetic that cultivates directness as a personal stance on art and life. Painting as a term always present in the titles of his exhibitions underscores the importance of issues connected with the nature of the painting in contemporary society and its relation to fine art. Learning from his practical experience that did not give very good results, as he says in his the statement (in the form of a letter), Žolt now somewhat changes the level of meaning and from words and sentences as topics and lessons, not abandoning the social context, he turns towards more personal topics and now addresses the individual more than before. By doing so, a shift has been made both on the level of the medium and in the artistic procedure. He now combines the technique of applying color by spray paints, used in his previous cycle Brilliant Paintings, with the new experience of the white canvas as the surface while retaining the swiftness of execution and the eased process of a applying layers of color. Although they demonstrate a seeming simplicity, his paintings have been carefully planned and they show much reflection on the relations between space and material. It is no coincidence that the art and its manifestations he refers to are the from the first half of the 20 century, primarily pop art (“as an emblematic expression in fine art, the final and absolute dominance of mass society and mass culture” D. Kuspit), comics ( as a means of mass communication which has its original language and expressive technique), the experience of street art (that went from a marginal and illegal practice to being showcased in museums, a practice of emphasized calligraphy and need for communication). Moving through these different practices, Žolt Kovač does so with skill and honesty, connecting painting and letters/calligraphy, bubbling colourism and the whiteness of the canvas, the schematized parts of the surface, the structure full of dots, stencil letters, equally colored forms, thus making his painterly language recognizable, understandable and the painting itself becomes an adequate vehicle for gaining an insight into the now and here. The words themselves, which includes the occasional painter’s signature, all take part in the creation of the painting/image (slike) as a fine art element and by the repetition and constant replicating of one concept, one word, the focus is shifted to the individual, the personal plan in a constantly open dialogue. By recording the conditions of life in a consumer and media oriented society, he advocates basic social and human values that unfold in a continuous and constant perception and recording: Six Hours above 40! Can’t make It Myself, Free 7 – Day Offer, Death, Help, Gonna Work Myself to Death – are some of the titles to which the typographical inscriptions refer to.

By reexamining the accessibility of art via painting, the return to the canvas (or paper), which is the base with a special status in the local context, working from the position of a marginalized space, he demonstrates his constant intention to draw attention to the perceived phenomena and open issues that arise from the specific conditions, primarily in his own surroundings.

Žolt Kovač’s achieved directness reveals a measured and careful search for new means of communication and possibilities for developing personal codes by which he records the time in which he lives as a flash of the real.